Caring For A Bearded Dragon 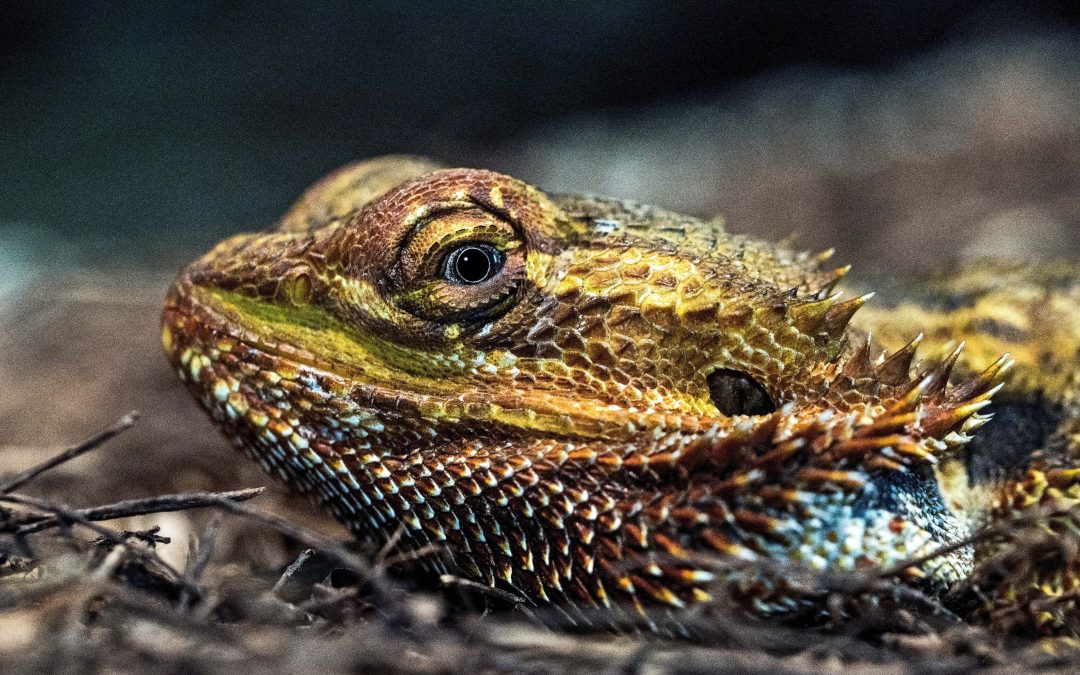 If you’ve ever been to the zoo and wondered how quickly you could sneak away a penguin or a baby bear without the zookeeper noticing, we have some good news. Although it’s not as aggressive a plan as smuggling animals from their enclosures, you can bring the zoo home with you by adopting a bearded dragon.

Of all the reptiles that people commonly claim as pets, bearded dragons get an overwhelmingly bad rap. Bearded dragons are regularly returned to pet stores for being “too aggressive” or “boring”. Taken care of properly, the beardie is a pleasant addition to a vivarium. If a beardie is not your first reptile, it may take a little while to accustom the other animals to its presence. Beardies love interaction, but can get easily stressed if they feel threatened or competed with for space and food. The downside of an animal thriving in interaction is that when the person who feeds and cares for them leaves, the stress begins. When a bearded dragon’s beard turns black, or darker, it’s an indication of a stressed animal. Known causes for stress may be as demure as the addition of a new decoration in the cage, improper lighting, and its own reflection in the glass, or as serious as perceived competition, improper cage requirements, and dietary issues.

Bearded dragons are omnivores. Cockroaches, crickets, and worms work just as well as carrots, turnip greens, and apples. Beardies also enjoy baby mice occasionally. Depending on the age of the bearded dragon, portion sizes fluctuate. Age ranges are split into two categories: juvenile and adult, at eight months. It’s recommended to feed juveniles 70 percent insects and 30 percent plants, while the opposite is true for adults. Utilizing calcium supplement powder is also good practice for bearded dragon growth. Coating the meal with calcium powder once a day for juveniles and 3-5 times a week for adults allows the dragon to receive proper nutrition. Important to note when selecting the insect portion of your pet’s meal is that insects from nature could be infested with parasites; in addition to parasitic activity, fireflies specifically are poisonous to beardies. Purchasing packaged insects from pet stores is the way to go. Keeping them alive gives the bearded dragon stimulation and mimics hunting in the wild.

In terms of fruit and vegetable intake, the centralized part of a bearded dragon’s diet is leafy greens and squash. Cube and dice vegetables like carrots, cabbage, bell peppers, broccoli, cucumbers, and pumpkin. If not properly cut into small pieces, the food can get stuck, leading to impaction, the most significant reason for bearded dragon death. Vegetables should constitute the majority of the beardie’s diet, but should also be supplemented with fruit. Examples of safe fruits are peaches, apricots, blueberries, melons, figs, and raisins; conversely, too much fruit can lead to serious intestinal and stomach issues. Feeding two to three times a day should be sufficient, but take note of the portions your bearded dragon is able to eat, ordinarily about 1/8 a cup per feeding.

Bearded dragons originate in the Australian deserts, so tank set-up should mimic that. Flexible vines, shallow bowls, lizard litter, and fake plants should occupy the bottom of the tank. A fluorescent light fixture, thermometer, and heat lamp should come down from the top and sides. Bearded dragons may engage in the practice of glass surfing. If your bearded dragon begins to stand up on its hind legs and push itself into the glass panel, make sure there’s a lid on the cage, and also consult a vet. Glass surfing can be a precursor of stress or a more serious health issue.

So you just adopted a bearded dragon, supplied it with a proper habitat, adequate nutrition, and stimulation. The next step is to let it get attached to you. Reptiles don’t outwardly express emotion, but your beardie will likely begin to recognize you as the one who feeds it, and get excited to have you around.