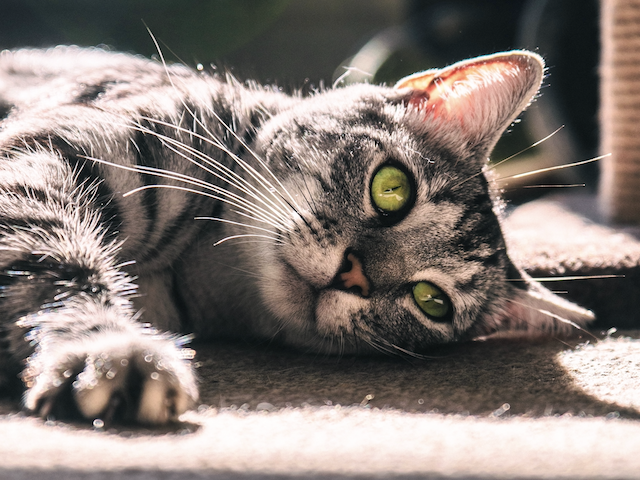 If you’re a cat owner, then you know all too well how destructive your cat’s claws can be. Furniture, drapes, and even you have probably been clawed in the past by your cat. So what to do about this natural behavior exhibited by your feline friend? After all, this “destructive scratching” is one of the main reasons given for a large number of cats that are euthanized or abandoned each year.

In the past, surgically declawing the cat was a procedure that many cat owners chose to eliminate the possibility of their cat causing destruction. It is estimated that 25% of the domesticated cats in the United States have been declawed. Animal rights advocates have long argued that the procedure is unnecessary and inhumane. Now there is a growing trend away from declawing except in extreme circumstances. The State of New York recently became the first state to ban declawing, also known as onychectomy, and other states are expected to follow with their own legislation. New Jersey, Florida, Massachusetts, and Michigan are likely to follow soon.

The state of New York joined cities such as Los Angeles, San Francisco, and Denver in prohibiting the practice. Many countries, such as England, Germany, Finland, Wales, Brazil, Australia, New Zealand, and some Canadian provinces have long prohibited declawing.

By keeping their claws, cats avoid several complications seen with declawing. Some complications include: avoiding the litter box due to painful paws, increased biting since nails are part of a cat’s defense and crippling pain that may occur due to the cat’s gait shifting causing pain in their feet, legs, hips, and back. Also, if you own an outside cat, they need their claws to defend themselves and to catch prey since they are natural hunters after all.

Thankfully, there are good alternatives to declawing. One is to keep your cat’s nails trimmed. Trimming your adult cat’s nails might seem like a real challenge. However, if you train them as kittens, they may learn to tolerate it as they get older. They may still sharpen their nails after trimming, but the extent of destruction should lessen. Another option is to invest in enriching their environment with cat toys and cat trees along with scratching posts. Hopefully, a scratching post will become the preferred choice of scratching location for your cat. There are synthetic pheromone sprays that mimic the cat’s facial glands, which may stop territorial scratching. Lastly, there are Soft Paws. Soft Paws provide an intriguing alternative because they are vinyl nail caps that stick to your cat’s nails. They grow out as your cat’s nails grow and will need to be replaced every month or so.

Your state’s laws may change, governing you on how to manage your cat’s claws properly. What won’t change is your cat’s love for you and the love that you show to your feline friend.