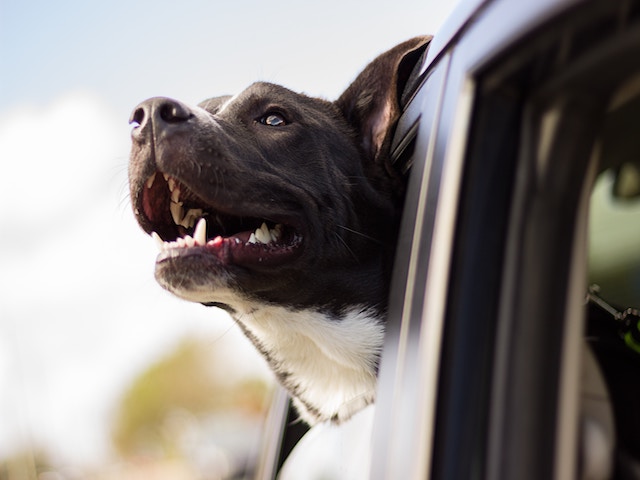 As Hurricane Dorian made landfall in the southern United States, people were scrambling to grab personal belongings and evacuate the area. Unfortunately, pets like dogs and cats were being left behind and abandoned. Those able to escape clamored for safety on higher ground, but older pets and those tethered to chains were in desperate need of assistance. For animals in shelters, there was nowhere to turn, until citizens and animal shelters across the East Coast opened their arms, their homes, and their kennel space, for those seeking refuge.

Pet website BringFido prepared an extensive list of Pet-Friendly Evacuation Shelters and Emergency Information regarding Hurricane Dorian. Members of AirBnb opened their doors to those displaced by the hurricane as well as relief workers sent to the area. In addition, the website offered shelter accommodations in Florida, Georgia, North Carolina, and South Carolina, and urged citizens to fill out pre-registration of pets, proof of residency, and current medical and vaccination records for every pet. Owners were allowed to stay with their pets, and were responsible for feeding, care, clean-up, and monitoring pet behavior.

The Humane Society of Grand Bahamas sustained severe damage to one of their shelters, but around 74 dogs and 77 cats survived the direct hit of Hurricane Dorian.

“Really, we hope that they’ll fall in love while they’re out in homes and they never come back,” she said. “All they need to do is give us a call.”

In Charleston, SC, the Charleston Animal Society evacuated 332 animals from south, central, and north Florida at the end of August, and have sent those animals to partner shelters from upstate South Carolina to Pittsburgh, PA.

Further up the coast, the Outer Banks SPCA asked residents for help fostering animals. The shelter was susceptible to flooding during hurricanes and housed 26 dogs and 104 cats. Animals like horses and livestock take more planning and were not accepted by animal shelters in the area.

Moving inland, Critter Bath House and Kennels in Mechanicsville, VA was tasked with finding space for 80 animals. Eighteen dogs alone arrived in the middle of the night from North Carolina via a network of sanctuaries created in the aftermath of Hurricane Katrina. Now, the shelter is looking for potential foster homes for these pets.

On September 3, 191 cats and dogs were airlifted from South Carolina to Delaware through the American Society for the Prevention of Cruelty to Animals and Wings of Rescue, a donation-based volunteer group that transports pets from overcrowded shelters and dangerous situations. The Brandywine Valley SPCA was a major point in the rescue operation path. On September 4, the shelter received 122 pets from South Carolina and 45 from the Outer Banks. The shelter is asking for assistance with supplies and urged those able to purchase items from their Amazon Wish List to please do so. Thus far, pets have been relocated to shelters in the Northeast, including Michigan, North Carolina, and the Chicago area.

On September 6 in Chicago, IL, nearly 100 animals found their temporary home at the Anti-Cruelty Center. Veterinary check-ups were administered; the shelter is seeking Chicagoans to foster some of the dogs and cats, who should be eligible for adoption this weekend. The Chicago Anti-Cruelty Center’s website has a sign-up link for interested citizens.

In closing, a gigantic thankful wet-nosed kiss goes out to all the Happy Tailz Pack members who donated their time and money to this enormous undertaking. We see you and we appreciate you more than you know!