Study Finds That Cats Actually Do Bond with Humans 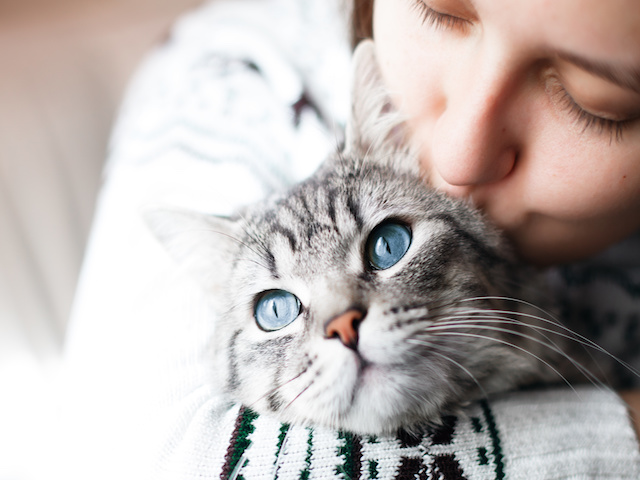 When someone declares that they’re a “dog person,” they ordinarily cite the ability of a dog to form a life-long emotional attachment. Conversely, during that statement, they might also note a cat’s proclivity to be more “stand-offish” or “independent.”

Although dogs have certainly been the primary subjects for social cognition and emotional attachment testing, a new study revealed that scientists might owe domesticated cats more time in the spotlight.

The study, conducted out of Oregon State University’s Human-Animal Interaction Lab and published in Current Biology, deduced that domesticated cats could be placed on the same attachment style continuum as infants and dogs. It tested 70 kittens from 3-8 months and classified them into either a secure or insecure, broken into ambivalent versus avoidant attachment, style; nine additional kittens were labeled “unclassifiable.” Of those previous 70 kittens, 64.3 percent were securely attached to their owners. Of the insecure cohort, 84 percent were ambivalent, 12 percent avoidant, and four percent disorganized.

To potentially create a cohort of kittens who were differentially socialized via previous or current ownership, fellow pets, and environmental factors, each was enrolled in a six-week socialization intervention with their owner. Adding a twist to the results, the control group and the group that had participated in the intervention class showed no difference in attachment after two months.

This served to reinforce that once an attachment style has been developed, it remains stable over time. At play as well were heritable traits such as temperament, which fluctuates based on the breed of cat and could have drastically influenced attachment style and its stability.

To test that, a secondary evaluation was conducted on 38 cats who were over one year of age. This cohort was broken into 65.8 percent secure attachment and 34.2 percent insecure, which mirrored the kitten statistics; additionally, this is the exact breakdown previously recorded in human children.

Next was a stress-based vocalization test when the cats’ owners left the room. The predicted outcome was that the secure and insecure-ambivalent cats’ results would group, and insecure-avoidant and disorganized cats would tend to share similarities. The vocalization test was conducted, and the hypothesis came to life. The secure and insecure-ambivalent group voiced more separation distress, while the insecure-avoidant and disorganized cats showed little to no vocalized or emotional distress.

This study reinforced that attachment style remains similar throughout the entirety of a cat’s life, and that, contrary to popular belief, cats are capable of deeply-seeded emotional connection with their owners.