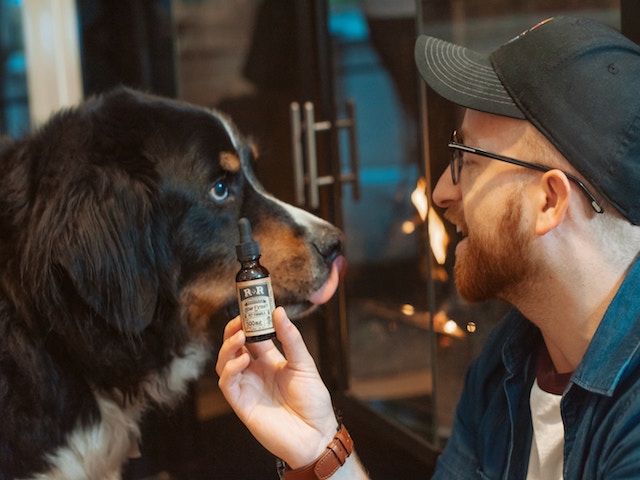 With the legalization of medical marijuana, the spread of usage is not specific to human consumption. Many pet owners are purchasing CBD products for their furry friends.

Veterinarians discourage giving dogs THC, but there isn’t enough evidence to support that giving dogs CBD is a better alternative. In terms of expected benefits, pet owners have seen similar results in canine use as in human use; treatment for issues such as anxiety, pain, epilepsy, and inflammation have been reported. Without scientific evidence to back up results across the board, it’s difficult to predict how a particular dog may, or may not, react. The caveat is that currently, vets are legally unable to discuss or prescribe cannabis to their patients; California reversed this law in September 2018, but the rest of the nation’s veterinarians are out of luck.

That said, there are a handful of research institutions testing the boundaries. In 2018, Cornell University found that basic oral pharmacokinetics, specifically cannabidiol-based oil, can relieve pain in dogs with osteoarthritis. This double-blind placebo trial, funded by ElleVet Sciences, targeted dogs with either multi-joint pain or osteoarthritis. Sixteen canines were given industrial hemp-based CBD oil or a placebo every 12 hours or four weeks. Their humans completed questionnaires before the study as well as at the two- and four-week markers. The results were overwhelming. Greater than 80 percent of the dogs taking the CBD oil, 2 mg/kg two times a day, showed “significant improvement in pain levels and quality of life.”

On the other side of the country, in 2019, Colorado State University’s James L. Voss Veterinary Teaching Hospital unveiled findings assessing CBD for the treatment of dogs with epilepsy. Of 16 dogs, nine were treated with CBD, seven with the double-blind clinical study’s placebo. What they found was that 89 percent of dogs who received the CBD had reduced seizures rates.

Although research regarding the link between animal pain alleviation and CBD use goes back as far as 2015, the study in question relates arthritis pain behavior to topical CBD application on rats. This study, although intriguing, fails to compare the rats’ responses to other species, including dogs.

Regardless, purchasing high-quality CBD oil is a good bet for success. Dogs and humans both possess endocannabidiol systems, so it stands to reason that links exist between current treatment findings in human participants and canines.